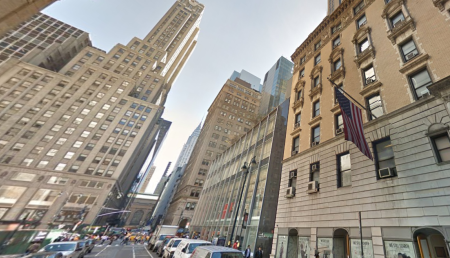 Located in the heart of Manhattan, the New York City campus was founded as a commuter-based campus with an ecumenically rich and diverse student body. Representing Lutheran, Catholic, Evangelical and African-American denominational backgrounds, many of the students already have pastorates and are seeking their academic credentials. Others are exploring the possibility of a new career in the ministry. Still others are looking to enhance their current vocations with a theological/ spiritual understanding that affirms them personally and enriches them professionally. The Extension Center offers exciting and enriching field education opportunities in the international, interfaith, and social ministry arenas. Because of the unique opportunities presented by ministry in the metropolitan area, the Seminary offers a number of courses that are particularly relevant to students in an urban context.

An additional strength of the New York City campus is the ongoing seminar program aimed at both students and the ministerial and theological community of the New York area. Building on its seminar series, “Conversations in Ministry,” the Seminary will continue to host clergy roundtables on a regular basis to address issues of concern to the wider faith community of metropolitan New York City.  Open House events introduce interested students and applicants to UTS, where they may sit in on selected classes to see firsthand what UTS has to offer.

The Seminary partners with the American Clergy Leadership Conference (ACLC) to sponsor prayer breakfasts and other clergy-based programs.  UTS works also with the Ahmadiyya Muslim Community, the Baha'i Community, the New Synagogue of NYC, and the International Gurukula Community as part of its commitment to interfaith dialogue and understanding.

The UTS Libraries maintain a collection of approximately 157,000 titles (57,000 volumes), which includes books, ebooks audio and video media, and periodicals.

The library subscribes to ProQuest-in-Religion, an online database, and EBSCO ebook collection.  Students can access thousands of journals and articles that cover a wide range of topics from their personal computers or terminals available in the library.  Students also have access to online writing resources including World Cat, citation guides and the Owl.

In 2007, UTS opened the Information Commons located in the Seminary Library (NYC Extension), a computer facility where students can conduct personal research, engage in group projects, and participate in information literacy workshops. 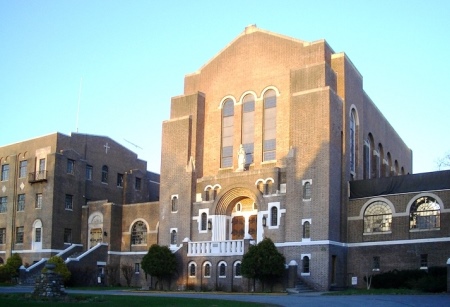 The main building for the Barrytown campus was completed in 1930 through a gift by John D. Rockefeller. At its center stands the Chapel, the center of the seminary’s spiritual life. As remodeled by the Christian Brothers in 1965, the chapel was cited by The Catholic Encyclopedia as a model of post Vatican II architecture. Today it houses banners created by artist Norman Laliberté that were commissioned for the 1985 Assembly of the World’s Religions. In 2019, UTS moved its main campus to New York City; however, it continues to maintain its Barrytown campus for doctoral intensives.

The main building houses classrooms, the library, the dining hall, five large dormitories and a gymnasium, arranged in four wings around the central Chapel. Also located here are administrative and faculty offices, group study areas, the student lounge, a small chapel, a recreation room, and rooms for single students and staff. There are limited accommodations for married students, staff and guests.

The Barrytown Conference Center occupies the northwest wing of the Main Building. Its facilities include an auditorium which seats over 400, a lecture hall which seats over 100, a separate dining area, offices, two dorms and several guestrooms.

The Massena House is a historical landmark. The original building was constructed in 1796 by Major John Livingston, a Revolutionary War officer. Theodore Roosevelt visited in the summer of 1868 as a young boy, and it was here, hiking about the property, that he began his famous collection of insects and animals that would become the nucleus of the American Museum of Natural History. After a fire destroyed the mansion in 1885, the present Massena House was constructed on the site.

UTS sits on 250 bucolic acres overlooking the Hudson River with a view of the Catskills. Its grounds include a number of smaller houses and out-buildings.

Hiking trails wind through forests, fields, along a pond and down to the lagoon at the southernmost end of Tivoli Bay, where in 1978 Reverend Moon led the students in memorable expeditions fishing for carp.

An eleven-circuit Labyrinth and Peace Garden that is open to the public can also be found on the property.