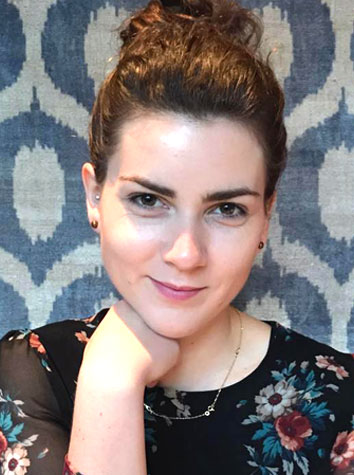 Having worked at the Council on Foreign Relations (CFR) and with the Women’s Federation for World Peace International (WFWPI), an organization which holds General Consultative Status at the United Nations, Ms. Grace Kellett, MA in Religious Studies (‘22) has a keen understanding of the role that religion plays in multilateral relations.

Grace received her Bachelor’s in International Affairs and Political Science at Northeastern University and has a particular interest in the area of human security and the unique role women play in this area.

In her role as Administrator and UN Representative of WFWPI, she has participated as a member of the Working Group on Girls and NGO Committee on the Status of Women (NGO CSW/NY), as well as contributed to initiatives related to Women, Peace, and Security.

The Master’s in Religious Studies at the Unification Theological Seminary allows Grace the flexibility to frequently visit the United Nations Headquarters as WFWPI’s UN Representative, all while pursuing her graduate degree.

Grace has found that her studies at UTS have added a layer of depth to her work at the UN, allowing her to contribute to the building of bridges between different ideologies and integrate what she experiences with the worldview of the founders of WFWPI. 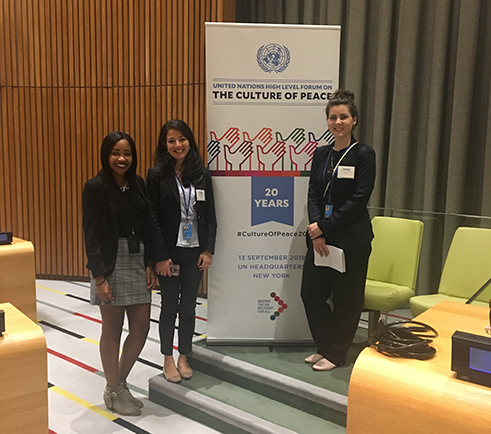 Ms. Kellett at the UN High Forum on The Culture of Peace