Issues in Cultural Diplomacy: The Changing Communications Paradigm between the U.S. and Muslim World. 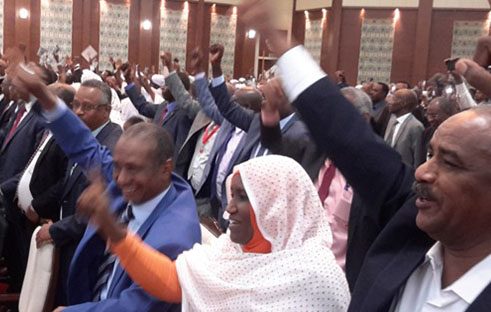 The Center for Media & Peace Initiative was founded in 2005 by a group of experienced professionals of diverse nationalities who share international and professional ideas. Given the role of the media in conflict prevention, management, and resolution, we raise global awareness on the intersection of media, conflict prevention, peace building, and public policy. Through radio/TV programs, social media, and public forums, the center leads the effort to teach citizens all they should know about the media.

This recent article by Dr. Drissa Kone (UTS '12, DMin '16) is being republished in UTS News with permission.

In his article Issues in Cultural Diplomacy: The Changing Communications Paradigm between the U.S. and Muslim World, Dr. Kone addresses how conflict resolution professionals and diplomats in the 21st century continue to face significant challenges arising from a clash of cultures.  On the global level, one of the most terrific cultural clashes in the 21st century was the 9/11 terrorist attacks. The attacks and subsequent media narratives that shaped international discourse reflected a clash of incompatible values that captures what Huntington phrased as a “clash of civilizations.” It is clear that cultural differences will continue to affect traditional diplomacy and consequently provide more challenging work experience for diplomats around the world. This essay addresses the issue of diplomatic communication and cultural diversity between the U.S. and the Muslim world. It also explains the importance of integrating diplomacy with social media in addressing cultural clashes.

Culture, perceived as a system of meanings, values and symbols assumes significant differences in race, gender, ethnicity, sexual orientation, and religion, with potential for misunderstanding, miscommunication and conflict (Lebaron, 1993). At the global level, the most terrific cultural clash in the 21st century was the 9/11 terrorist attacks on World Trade Center and the Pentagon. These attacks reflected incompatible cultural values, fed by media frenzy, that raise mutual fears, and escalate into a clash of collectives’ identities (John, 2006). This issue of cultural differences has also affected traditional diplomacy and has made the work of diplomats more complex and complicated. Today, diplomats must be proficient in different areas including a familiarity with a variety of tools such social media to be able to deal with multiple conflicts. Effective communication is essential in the process of addressing issues of cultural diversity. In this context, communication does not only consist of clearly transmitting information, ideas, thoughts feelings and needs, but also listening and understanding the other cultural dimensions. This paper will deal with diplomatic communication and cultural diversity issues between the Islamic world and the United States. In this paper, I will explain the need to integrate social media and diplomatic communication in addressing cultural diversity.

The twentieth century was rife with war and violence.  Everyone hoped that the twenty-first century would be a century of peace. Then the September 11, 2001 attacks on the World Trade Center and the Pentagon occurred, and dashed the hope for peace.  These acts of violence shocked the world, ironically, just when the United Nations had designated 2001 the year of dialogue among civilizations (Daniel, 2007). The Islamic extremist organization al-Qaeda lead by Osama Bin Laden believed to be behind the terrorist attacks that killed more than three thousand people created a rift in the relations between United States and Muslim societies. The event of nine-eleven automatically raised the complex issue of Islam and terrorism or Islam and violence to the collective consciousness of many in the Western World.  What makes the relationship complex is that even though not all Muslims are terrorists but Al-Qaeda is an Islamic organization, which claimed to fight in the name of Islam and defend Islamic values.  The fact is the 9/11 events have deteriorated an already unstable relationship between the Western world and the Muslim world. After 9/11, the global war on terrorism intensified with the US-led attacks on Afghanistan that began in October 2001 and in March 2003 the invasion Iraq (CNN Library 2013). Obviously, the “Operation Freedom” and expanded U.S counter terrorism operations across the Muslim World brought about a strategic realignment as a number of countries in the Muslim world sided openly with the U.S. in the global war on terrorism or quietly expanded their counter-terrorism cooperation.

However, extremists and many Muslims have developed an anti-American sentiment. For example, in Pakistan, President Musharraf openly opposed extremism, a stand that position was not representative of the entire Muslim community. The alliance with central Asia helped to remove the Taliban threat and the war in Iraq actually strengthened the U.S power in the Middle East. However, the long-term threat is not popular support for the extremists but the strengthening of Islamic fundamentalist forces between Sunni and Shiite and the manipulation of Shiite movement by Iran. The challenges are that the fight on terrorism has also created negative perceptions of the Western World particularly the United States. The U.S. credibility has decreased considerably specifically after the removal of Saddam regime. Most people in the Arab world disapproved of the war in Iraq. The fact is, radical and dogmatic interpretation of Islam has developed in many Muslim societies (Cordesman, 2013). This situation remains a consistent threat to the United States national security and interests. How can diplomatic communication help to change the negative perception of America?.