George Floyd and Institutional Racism: A Message from the UTS President 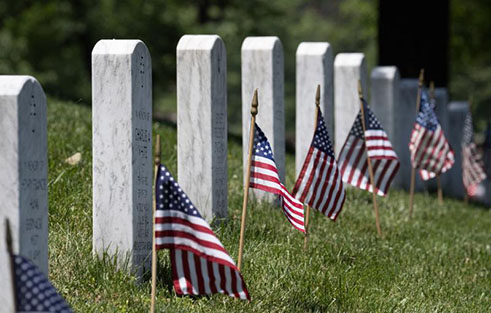 On Sunday, May 31, 2020, Professor William Lay, Director of the University of Bridgeport’s School of Public and International Affairs, organized a virtual convocation of his students to reflect on the inhumane and brutal killing of George Floyd at the hands of the Minneapolis police force. I felt fortunate to be among those who participated.

Professor Lay explained that he felt called to gather the students due to his additional charge as Chair of the School’s Criminal Justice and Human Security program because students in that program are planning careers in law enforcement. The professors and the students who shared in this session were sincere, intelligent, and heartfelt in their reflections.

Several of Professor Lay’s students and alumni who spoke had also been my students in the past. Most of those who spoke were either African or African American in origin.

One female professor of Haitian descent shared that she cautions her college-age sons to always hold onto the receipt when they shop in a store lest, because of their color, they be accused of shoplifting. She also cautions them to avoid an outburst of indignation if, while driving, they are unfairly told to pull over by a police officer. An attorney who has held important posts both in government and in educational institutions, the Professor explained that, the day prior to the convocation, she had just been stopped by someone who asked whether she actually lived in the neighborhood where she had parked her car. Her words added context to the circumstances under which George Floyd’s life was senselessly extinguished by men who never should have been inducted into the police force as “protectors of the people.”

Did institutional racism a play a role in the death of George Floyd? In our past history, institutional racism was blatant. It enabled the legal purchase and sale of human beings. It gave credibility to the view that victims of enslavement were “less human” than their masters. American law sanctioned the slaveowners’ right to sentence a newborn child of God, because of her race, to a life sentence of hard labor and bondage, where a failed escape was punishable by beatings and even death.

Following the Emancipation Proclamation and Reconstruction, new lines based on racial differences were drawn not only in the South but in many of the northern states. In the decades following World War II, Dr. Martin Luther King, Medgar Evers, Addie Mae Collins, and Cynthia Wesley were among the many whose lives were sacrificed so that Americans with African roots could finally sit in the same bus, at the same lunch counter, attend the same school, drink from the same water fountain, use the same bathroom facilities, or live in the same neighborhood as the whites whom they had served alongside to free Europe and put an end to Nazism and genocide.

With the signing of the Civil Rights Act of 1964, the Voter Rights Act of 1965, the Fair Housing Act of 1968 and others, one might assume that institutional racism had finally come to an end. Tragically it did not. The smothering of George Floyd, the chokehold that killed Eric Gardner, the senseless shooting of Amadou Diallo and so many other cases of mindless brutality by police officers beg the question, “What institution or law enables such iniquity?”

Clearly a need exists for further education and better training of police personnel.

Beyond that, however, there is the need for something even more fundamental. Law and institutions are the products of a cultural milieu. Even if government-sanctioned slavery and segregation have ended, American history, as it is taught, has not fostered sufficient consciousness of the need for repentance for the American past and reconciliation in the present.

For more than four centuries, African Americans have been critical players in the birth of America. Nevertheless, George Floyd reminds us that neither the valor and nobility of the African American contribution to the making of America nor the enormity of the injustices that they unfairly endured have been internalized by our culture. We continue to harbor suspicion and resentment towards blacks; this sows the seeds that fuel institutional violence. Many whites continue to feel that there is parity between what their great-grandparents suffered as immigrants to the United States 100 years ago and what black Americans, as prisoners from the cradle to the grave, endured for more than two centuries because of their color. To evoke comparisons between those two experiences is short-sighted and unfortunate.

Educators should foster a culture that longs for understanding and reconciliation rather than a culture of fear and resentment. While various academic disciplines aspire to further that agenda, religion and the Christian education tradition would seem especially prepared to foster understanding, empathy, repentance, forgiveness, and a transformation of attitude and behavior.

The ability to appreciate one another through the prism of a God-inspired historical perspective, seeking deeper understanding of the other, is central to this. When Reverend Moon was encouraged by some of his followers to file a lawsuit against a group of Christians who had misrepresented him in the early days of the Unification Church, he explained that he could not do so. Elaborating, he asked his followers why Joseph could forgive his brothers who had sold him into slavery (Gen 50:15-21) and, when they could not answer, he replied, “Because, while he was in Egypt, those brothers had taken care of his parents and, that, Joseph could never forget.” Reverend Moon added, “When God was alone, Christianity supported God for 2,000 years and, that, we can never forget.” White American public servants and law enforcement officials should never forget that today’s black Americans descend from noble patriots who endured undeserved, unimaginable abuse and yet, in war and in peace, they still chose to forgive again, to appreciate, embrace, and serve this, their country with great courage and valor.

Churches, not just schools, and, Seminaries, not just universities, need to teach about the ways in which African-Americans stand at the center of the American legacy and why their record of patience, faith, and their ability to embrace and forgive the other are models for all of humanity. An awareness of this and a deeper recognition of how much African Americans have been wronged might have planted a different heart and mindset into those responsible for the egregious death that George Floyd suffered. Such horrors can only end through further reflection upon and elaboration of what has been called a “culture of peace.” These are matters that we feel called at this time to work on at UTS.

True justice for George Floyd will not come about without an American revolution of heart. Our resolve to further that revolution may be the best way to express our regrets and pay our respects to a man who, in his final moments, cried out for his mother, pleaded for his life, and clearly did not deserve to die.